My youngest son, Francois (10), always wanted his own kitten. When we had to bid a sad farewell to our beloved ginger cat, Nala, we decided it was time.

My advice to him was simple: the right kitten will cross our path – just be patient.

Shortly thereafter, I spotted a Facebook post from the Helderberg Animal Rescue Team (HART) announcing their upcoming kitten adoption day at Pet World in Somerset West. I rounded up the troops and, as a family, we set off towards Pet World, not knowing our lives were about to be forever changed.

If you ever wanted to know what love at first sight looks like, then this was the perfect moment.

My teenage son, Simon (14), gave Captain Jack one look and the deal was done. He was smitten with this one-eyed kitten.

Amber told us that it was the foster mom’s wish for them to be adopted together, because they were bottle-fed from three days old and they survived and grew up together.

It was a no-brainer for us, two kittens it would be. My husband, Jaco, who kept on the periphery, asked where we should sign, exuding not a moment of hesitation.

Katinka and Captain Jack are inseparable: they eat together, they use the “toilet” together, they sleep intertwined and they’re the yin and yang of each other.

Jack is the sweetest boy. When he sees you, his diesel engine starts and he simply can’t stop giving kisses. He’s got one big personality and definitely makes up for the one-eye defect, even though we don’t see it as a defect. Like my son says, Jack is always winking at him.

I’ve spoken to the foster mom, Liza, and she’s told me that from the moment Jack opened his eyes, the right eye was dull and bigger than the left one. With time, it grew increasingly bigger. Diagnosed with Glaucoma, the vet subsequently decided to remove the eye before the other one was also infected. According to Liza, since the operation he was one busy kitten – it was as if his batteries had suddenly been charged.

We didn’t adopt Jack because we felt sorry for him. We adopted him because, from the very first moment, he just simply took over our hearts with a wink of an eye. 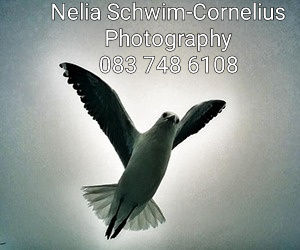