It was exactly two years ago when community members saw a black and white cat being placed into a stormwater drain close to the Mdzananda Animal Clinic in Khayelitsha.

The clinic had already closed for the day, but luckily two members of staff were still on site when they heard a loud calling for help from the clinic’s front gate. Two elderly ladies were desperately calling for help and explained to our staff what they’d seen – a man had just put a small animal into a drain.

They led our staff to a stormwater drain no further than 500 metres from the clinic. A soft cry was heard from the drain, and two scared eyes were peeking through the drain cover. With a lot of pulling and heaving, the staff and a passing member of the community were able to lift the heavy drain cover. A white cat with black spots was standing knee-deep in drain water, scrabbling desperately to get out.

“I can only imagine what the cat felt when she was placed into that drain and the cover put over her head. She was half submerged in water. Fear is all I can think of,” said Susan Wishart, Mdzananda Animal Clinic’s General Manager. “Imagine her relief when the two men lifted the closure over her head and I picked her up into my arms. We named her Storm.”

Storm was taken to Mdzananda’s cat ward where she was dried and given a warm bed and warm food. “She seemed happy with the space we had made for her, climbed into her bed, and went to sleep,” says Wishart.

Storm’s journey of recovery started at Mdzananda, where she lay curled up in a ball, not wanting to lift her head for over three weeks. It was clear that the incident of being put into a drain was only one of many traumatising events in her life. She hardly moved, spent all her time curled tightly into a ball, hardly ate, never purred, and simply stared blankly when you greeted her.

She needed extra help, and the clinic staff decided to send her to one of their specialised foster moms for extra care. To make sure that she wasn’t overwhelmed, a bed and safe space was created for her inside a cupboard at her new foster home. For two weeks, she didn’t move from this cupboard space. After about six months at her foster home, she started trusting humans again. She began venturing through the home and showing affection. It was time for her to find her forever home.

Amy says Storm is known by her friends as “KMM”, short for “Kitty Meow Meow”. She’s a feisty lady of leisure, and her favourite spot is in her window basket on a sunny day. Amy says that Storm is the first cat their family has ever had, and they couldn’t be happier. “She’s affectionate and the best cuddler, which makes it very hard to get up in the morning,” says Amy.

From a cat dumped in a gutter to a loving member of the family.

I first met KMM (Storm) at my friend Sam’s house. Sam is an amazing foster mom who, at any given time, has an excess of twenty foster cats in her home – amongst those are almost always litters of kittens who need a huge amount of attention. She is, without a doubt, the person who walked the longest road with KMM, loving her from a terrified cat needing complete seclusion to feel safe, to an affectionate (although sometimes a bit fussy) darling lady who rolls over when she sees me so I can scratch her tummy.

I’d never had any intention of having a cat, but the more time I spent in Sam’s foster room, the more and more appealing it became, and I couldn’t understand why KMM wasn’t being adopted. She was beautiful and regal and my favourite of the adults. It wasn’t until I’d decided that I’d really like to adopt a kitten that I realised that this was probably why – we often think of adoption as getting a kitten or a puppy, and I realised how unfair this was.

Adopting an adult has so many benefits: she would require less attention, we already knew what she did and didn’t like, and she could work the litter box. But when Sam told me the kittens she fosters are always homed, and that Storm had been an orphan for two years, I knew that she’d be the one. And true to Sam’s word, the kitten I’d wanted had a new home a week later.

We’ve always had rescue dogs in our home (and mice, hamsters, rats, fish, birds). As part of a very dog-oriented family, I’ve never really understood cats as an “alternative pet option” – until I met KMM. Truth is, I now think I may be more of a cat person. Things have worked out well, as KMM has turned out to be more of a people person than a dog person herself. We’re working on that.

I didn’t quite realise what a miraculous recovery KMM had made until I read the article about her on Happy Tails website. I knew that she’d been found in a storm drain, but the thought that someone had put her there, especially when there was an animal rescue centre just down the road, is something I simply can’t understand. It’s also what makes me so proud of how resilient, strong and brave she’s been in her recovery.

It gives me great hope that there are shelters out there who not only work tirelessly to rescue and rehome abandoned, stray or abused animals, but also that education is becoming such a central focus in how this social problem is being addressed.

Mistreating animals is mostly not, I believe, about bad people, or poverty, or anything else other than education. We’re taught how to treat animals, we’re taught empathy, and we’re taught the value of life, in all its forms. We’re taught that all living things have a right to a good life because of one simple fact: They’re alive, they live, they need no other reason to be here and not be harmed than that.

Other than KMM having every right to be safe for the rest of her life, the benefits of having a cat have surprised me. She calms me. She forces me to slow down. I can’t come home without hopping onto the bed for some snuggles and KMM time. I love stroking her and watching her antics. I love listening to her purring and beeping. For someone who’s quite often prone to feeling a little overwhelmed by life, she’s a wonderful antidote.

Animals give us so much, and all they want back is little else other than a little love.

None of this could have been possible without a great number of people… the ladies who noticed her, the Mdzananda staff and the bystander who helped her out, the Mdzananda vets who treated her; but most of all, without members of the public, there would be no Mdzananda, as we’re very reliant on donations from the public to run our organisation.

Mdzananda Animal Clinic would like to ask members of the public to donate in order to help more pets like Kitty Meow Meow. 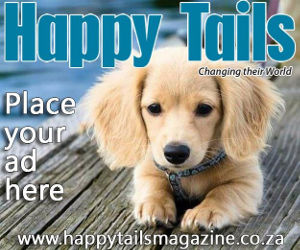