Ashton was always a very active dog who had moments of fence aggression. To be on the safe side, his enclosure always had a sign posted on it to warn that he bites. Yet he’d occasionally manage to convince people to come closer to the fence to touch him. And then he’d smell their hand and give them a sharp nip.

Outside of his enclosure, however, Ashton bloomed. He was very social and deeply enjoyed being touched and loved.

With the fast-approaching closure of Irwin Animal Rescue Centre at the end of July, Ashton’s world was changed when Charl and Wendy Naude came across his plea post on Facebook.

One Saturday evening my husband, Charl, was scrolling through Facebook and came across Ashton’s post. The photo had a Christmas theme, and it was now June. All the effort that the Irwin Animal Rescue Centre had made, in conjunction with other shelters such as JHB Pet Empowerment, had still not paid off. The shelter was forced to close as the property had been sold. This was Ashton’s last chance; a whole six months had passed since the photo and there he was still waiting.

We discussed this and although we already had five dogs (all rescues), we worried that a sixth would be too much. Charl just showed me the photo and waited for a response; we looked at each other, and I asked, “Do you want him?” And that was the start of our journey together.

JHB PET Empowerment did the home check within a day, and we were ready to fetch him.

Bringing a new dog, especially one that had never had a home and had fear-based aggression, was quite daunting, but this challenge was one we were ready to tackle.

Ashton is a lot larger than our other five dogs, so we needed to be cautious. We were also afraid pack mentality would set in if a fight erupted. He growled at the other dogs when being introduced, so we decided to give him some space.

The first day was interesting – Ashton had bitten people before, and building trust between us would take some time. Everything was new to Ashton; he was slipping on the tiles, he was petrified of stairs, and he hated being picked up. He’d cower each time we tried to pat him. Charl tried to bribe Ashton down the stairs with some biltong, but the stairs were just too much for him.

We decided to get a behaviourist in to help with the integration. Those first two days were overwhelming, and we knew we needed some help. We slowly managed to integrate them by reading Ashton’s body language, not pushing him too much, and even using a muzzle for safety.

After a week, I gave Ashton a bath. Owning a doggy parlour has helped me to know how to handle dogs. Ashton’s coat had been transformed and it shone. I cut his long nails that had contributed to him sliding on the tiles.

Each week Ashton has shown a massive improvement. Charl would sleep each night in the spare room with him to make sure he felt safe and not alone as we built his trust. Something as simple as covering Ashton with a blanket was a process.

Six weeks down the line, however, Ashton is firmly part of the family. The doggies aren’t the best of friends just yet, but they’re able to be around each other comfortably, and Ashton has received a few licks on his face.

Ashton has picked up a decent amount of weight and gets spoilt with pets’ mince in his food every day.

Luckily, I managed to scoop up a cancelled booking at a beautiful lodge located just outside Cullinan. And that’s how Ashton got to enjoy not only a loving home for the first time in his life but his first holiday too! We anxiously took him and our other dogs in two cars, just in case he reacted badly. Ashton was stressed being put in the car and driven away, but luckily the other dogs were there too, extremely excited, as they were used to going on holiday.

When arriving at the lodge, all but Ashton were let out to run around like maniacs. Ashton was then slowly taken out of the car and let loose in the large fenced-off property. Holding our breath, we watched in anticipation. Ashton was fine; he was excited and sniffing all over.

That first night he fell asleep in front of the fire, peaceful and happy. The next day, the dogs woke us up early, ready to go for a walk, whining to be let out, and excited to run around. The lodge has a beautiful rocky walk down to a river. Ashton was very scared of the rocks, and Charl did a lot of carrying him up and down. But it was worth it; the love in all the dogs’ eyes made it worthwhile. The second day Ashton had gained so much more confidence that he walked virtually the entire way down to the river and back again. Within one day he went from being afraid to being a brave dog.

Since being home again, Ashton has shown such an improvement in his confidence. He now sleeps in the kennel at the gate, guarding the house and running up and down wagging his tail. And today, for the first time, Ashton walked up and down the stairs.

What we learnt from adopting Ashton…

We hope to have several years loving Ashton and will continue to give him all the love and support he needs. It’s heartbreaking that there are so many older dogs in shelters. At least we’ve made a difference in Ashton’s life and the lives of our five other adorable rescue dogs. If you want to grow your family, please consider adopting an older dog.

Thank you to all the shelters and volunteers that do so much work for animals in need. 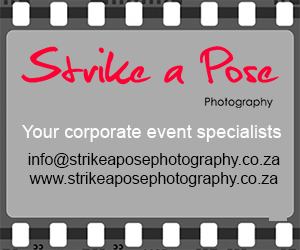