Andre Verbiest is the founder of HAWK Koinonia, and he assists the communities around him by educating, treating, sterilising, and feeding animals in the area when finances allow. HAWK relies entirely on public support and donations to pay the staff, purchase medication, run outreach programmes, educational initiatives, and pay for daily running expenses.

Ollie’s story is just one of many that can be told of wonderful work done at this shelter with the bare essentials and minimum staff, with practically no money to keep fighting the battle. As the months go on, however, we just keep trying the best we can, as the voiceless need us to be there for them.

Thanks to our “Dogfather”, Andre Verbiest, this boy turned out to be such a stunner. Andre fights to the ends of the earth for each and every animal that comes HAWK’s way.

Ollie was brought in to Valhalla Park Animal Welfare Outreach in March 2015. He was one of a litter of Boerboels and the only one that appeared to have a skin allergy. Treatment was administered, but after 10 days there was no improvement. His owner was not in a financial position to afford specialist care and surrendered Ollie to Andre Verbiest of HAWK Koinonia.

This fella took some serious rehabilitation and time… he had swollen glands, suspected tick bite fever and was also not eating.

Thank you, Andre Verbiest of HAWK Koinonia, for seeing beyond the skin condition and taking on the task.

Andre started the treatment regime: regular soothing baths with specially mixed soap and the deep sores treated and some drained from pus. Ollie had a long road ahead – he eventually began to eat very well, so that was a blessing. His temperature was up a little (38.4°C), and we had to keep a close eye on him.

Good food saw him slowly progress and heal from his allergy. Ollie serves as a reminder to all of us that, no matter how terrible an animal’s condition may seem, there’s hope if one is prepared to put in the time and effort.

On his way to a full recovery, Charleen heard his story and fell in love with him. Charleen and her family adopted this magnificent boy, and the rest is history.

About three years ago, I bought a Lab/Rottweiler puppy from my friend for my parents. My dad had undergone a traumatic stroke and was thereafter wheelchair bound. I was concerned for my parents’ safety and felt they needed a big dog for protection. At the time, my fiancé and I were staying in a flat. As Shiloh grew older, my mom was having a hard time with him because he was busy and always being naughty, and she was battling to cope with him and my dad. I tried training classes for him, but he really had a mind of his own. I grew to love him as if he were my own and spent as much time as I could with him to help my mother.

She called me one day to say she was sorry but she couldn’t give him the attention he needed while trying to manage the demands of caring for my dad. All the same, she said she’d look for a good home for him, but I told her I’d take him but I needed some time to find a place. I did eventually and I got my boy. He really was a handful, but I loved him and did everything for him. A neighbour who moved in next door to us had a Boerboel, and Shiloh and he became very attached. Then one day our neighbour moved away and Shiloh became depressed; that’s when I decided to look for a Boerboel that looked just like our neighbour’s dog.

After looking for a long time, HAWK contacted me, saying they had one. Andre Verbiest sent a short video clip of Ollie in which he looked so lost, as if he didn’t belong there and was searching for something. My fiancé and I both agreed on that, so off we went to meet Ollie.

When we got there, Andre was not there yet but on his way. Ollie was walking around with the other dogs. When Andre arrived, the dogs sprung into joyful action, so happy to see their leader. Andre told us he believes every dog deserves a chance to live, and I agree with him.

We decided there and then that Ollie would join our family! On the way home, in the car, he was so scared and not sure what was happening, but I reassured him he’d be fine. We got home and Shiloh was ecstatic about his new friend. Ollie was still unsure and still very scared. Shiloh and Ollie opted to settle into getting to know each other by having a barking competition. By that night they were next to each other, and from that day on both dogs were happy, which made me happy.

Ollie didn’t have a lot of hair at the time, and, as it was winter, we put him on the bed and under the duvet with us, and that’s where he sleeps to this day. Unfortunately, Shiloh passed away a while later, and Ollie comforted me through her loss.

My son got a puppy, which I wasn’t too thrilled about at first because I didn’t want any more dogs, but Ollie was so excited and took care of her like a mother. They’re now inseparable.

Ollie is spoilt and goes everywhere I go; my fiancé says he’s stuck to me like Velcro. He also gets his food on the bed because he battles to eat his food standing due to his long legs. He’s a very spoilt and happy boy.

Ollie has such an amazing nature – although he may look fierce, he’s really a gigantic cuddler. He knows he’s the much-loved, spoilt baby of the family!

I’d like to say to those people who are sceptical about adopting dogs, don’t be; most dogs that are in shelters have been abused, mistreated and neglected by humans, and many of them are afraid. I promise you, however, that a lot of love, food, and a happy home will unlock your journey to finding your best friend!

I also want to say that Andre does absolutely amazing work with those animals. I’ve been to a few shelters in my life, but never have I seen so many happy dogs, each one with their own sad story, and the love and respect they have for Andre is exceptional. Also, to all the staff and volunteers, I’d like to say thank you for all your hard work and dedication, the baths, the walks; these people are real angels, and I wish so many more people could be like them. So many shelters depend on donations, and if I may, I’d like to ask everyone who’s reading this to please help these people if you can, and in doing that each dog will have another day to live and be happy.

I’d also like to say thank you to Dee Ivings from Happy Tails magazine for giving me this opportunity to share my Happy Tails Story about the most amazing dog I adopted from HAWK – “My Ollie”. 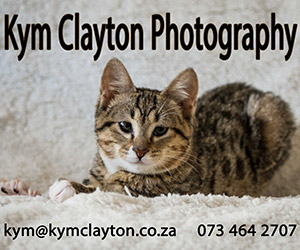